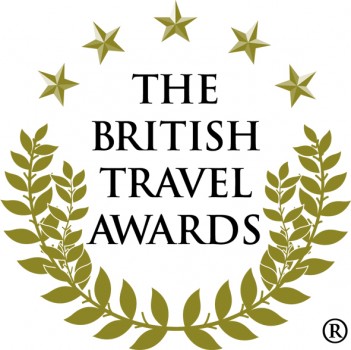 Travelzoo, the UK’s top travel and entertainment deals provider is celebrating after winning this year’s Gold award for Best Travel Deals Provider following on from its success in the same category in 2012.  It was a double scoop for Travelzoo as they were also awarded the Feefo award for Excellence in Customer Service.

The awards were presented at the prestigious British Travel Awards (BTAs); one of the UK’s only award ceremonies where winners are selected via consumer votes alone and independently audited by leading global accountancy practitioners Deloitte.

New for this year, the Feefo award for Excellence in Customer Service was based entirely on customer reviews. Feefo has compiled over 13,000 Travelzoo reviews from the deals members enjoyed and awarded Travelzoo for its consistently high standard responses with a 97% satisfaction rating for customer service.

“We are extremely proud to have won two awards at the BTAs and are honoured to know that over 100,000 UK households voted for us to win.  At Travelzoo we are passionate about providing unbeatable travel and entertainment deals for the UK and now have over 3.5 million members who regularly receive our deals,” comments Joel Brandon-Bravo, Travelzoo’s managing director, UK.

“Being recognised in the Best Travel Deals category for two years running is a testament to our team of Deal Experts who research, test and evaluate each deal to ensure they are of high value, accurate and available. We’re even more thrilled to win the new award for Excellence in Customer Service.  We work hard to make sure our subscribers get the very best deals around and this award shows that we truly do deliver.”

British Travel Awards’ chief executive Lorraine Barnes Burton says: “This year more than one million votes were cast by consumers to determine the winners of the coveted British Travel Awards, making it the largest awards programme in the UK; to win is truly an accolade. The travelling public regard the British Travel Awards winners’ logo as the benchmark for excellence when it comes to finding out who really are the best travel companies and Travelzoo is to be congratulated on their achievement in an awards programme which garners the opinions of the nation – these finalists and winners really are the best in travel.”